Wish For Navy Hero Granted
During the season of giving, the military nonprofit, Denis V. Cooper Foundation - Wishes For Heroes was honored to grant another wish to a true local HERO. Lt. William Payne, US Navy. Lt Payne is in the early stages of Alzheimer's and needs to move with wife Betty to a facility to help with his care. After receiving no reply from Wounded Warrior, Injured Warrior or any other national organization, we were contacted. Thanks to our amazing donors, Denis V. Cooper Foundation was proud to present this check for $3,245 to Lt. William & Betty Payne of Bradenton. 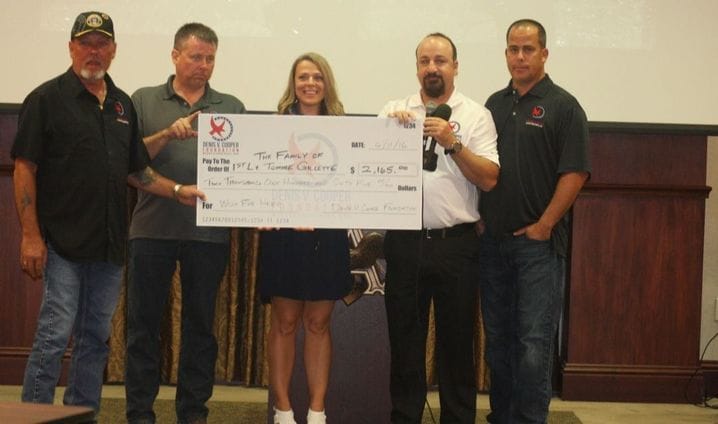 A Families Wish For Their Hero - Granted
​​This was the "wish request" we received from the daughter of WWII Veteran, 1st Lieutenant Tommie F. Gillette, Jr … ... ...      "In 1980, my Father passed away and there was no “local” veterans’ cemetery. It has been a dream of ours, since Sarasota National Cemetery opened to have dad relocated there. Over the years, there has been a decline in care at the cemetery where he has been, his grave has even been vandalized. Being at the National Cemetery dad will get the care and respect he deserves, in to perpetuity. The relocation costs came to over $4700.00, so with personal savings as well as a Go Fund Me campaign, we raised a little over half the funds….but it wasn’t looking like we would meet our goal any time soon. My personal wish was to make this happen this year for Father’s day (by 6/19.16). However, thanks to the Denis V. Cooper Foundation - Wishes for Heroes  this wish did come true … Thanks to your donation of $2,165...  A committal Service with Military Honors took place for my Father, 1st Lieutenant Tommie F. Gillette, Jr … at the Sarasota National Cemetery, on “Father’s Day Friday” June 17, 2016. Thank you Denis V. Cooper Foundation - Wishes for Heroes for granting our wish, hugs & much love to all of you!" ... Sincerely - Marie Gillette Huskins (proud daughter of WWII Veteran, 1st Lieutenant Tommie F. Gillette, Jr) 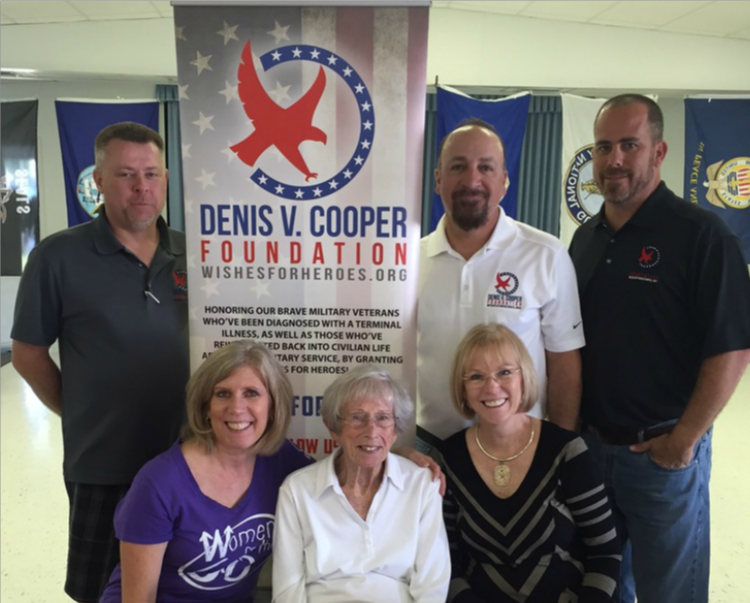 Front and Center is Lt. Milli Linn - US Army, a WWII Veteran who lives in Sarasota and was stationed at Pearl Harbor, just a year after It was attacked. Milli is 94 years young and still volunteers one day a week at our Sarasota National Cemetery. When we met Mill, we told her about our Military Wish granting Foundation. When asked if she had a wish we could grant, she said no. But then said yes, she wanted to a BBQ lunch for all of her fellow volunteers at the cemetery. 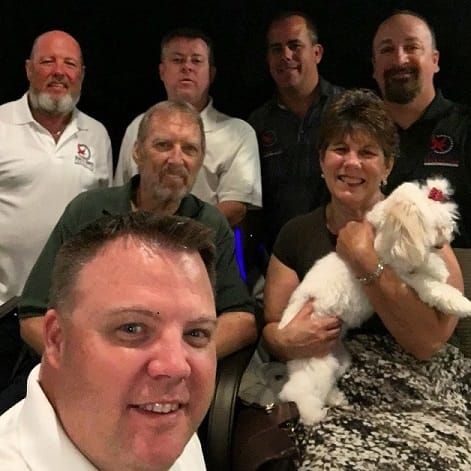 Wish For Hero and Wife Granted

Thanks to our amazing donors, we have been able to grant another wish to a local military family. Sgt. Tom Woodgeard - US Army, was recently diagnosed with a terminal illness. His wife Margie contacted us with a Wish Request. A trip to Tom's hometown of Lancaster, Ohio so Tom could see his family and friends. We were honored to provide this American Hero and his wife an all expenses paid trip last month to Ohio so they could see, hug and kiss the ones they love.

Wish For Hero, a Pearl Harbor Survivor Granted
We have no words. National September 11 Memorial & Museum shared our wish grantee's wish on their YouTube page. Humbled by ALL the support for Denis V. Cooper Foundation - Wishes for Heroes and our mission to support our veterans and their families! Thank You for allowing us to grant Cpl. John Seelie, Pearl Harbor Survivor from Englewood, FL his wish of being the first Pearl Harbor survivor to pay his respects at Ground Zero in New York City...

Cpl. Seelie had an amazing time and wanted to share his sincere and humble thanks to everyone who has supported Denis V. Cooper Foundation - Wishes For Heroes, and allowed his Wish to come true.
​Thank you to the Herald-Tribune for the coverage of our Wish Grantee and his historic wish...
(Click this link to read more)
​​www.heraldtribune.com/news/20170530/pearl-harbor-survivor-returns-from-ground-zero 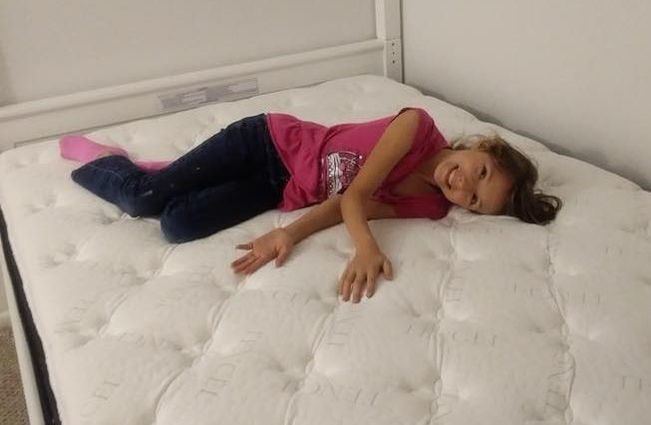 Wish For Army Hero
and Her Daughter

We received a “wish request” from a local US Army Veteran whose home sustained damage during Hurricane Irma. Through Insurance and the help of her friends, almost all had been replaced. The last item she was in need of, was a new mattress for her daughter.

Thank you to Ricardo and his team of Thomas & Mike at Half Price Mattress Sarasota. They provided an awesome mattress at their cost to this family. All this was made possible by our amazing supporters and donors.
​
Storm Debris Removal, Wish For Hero Granted 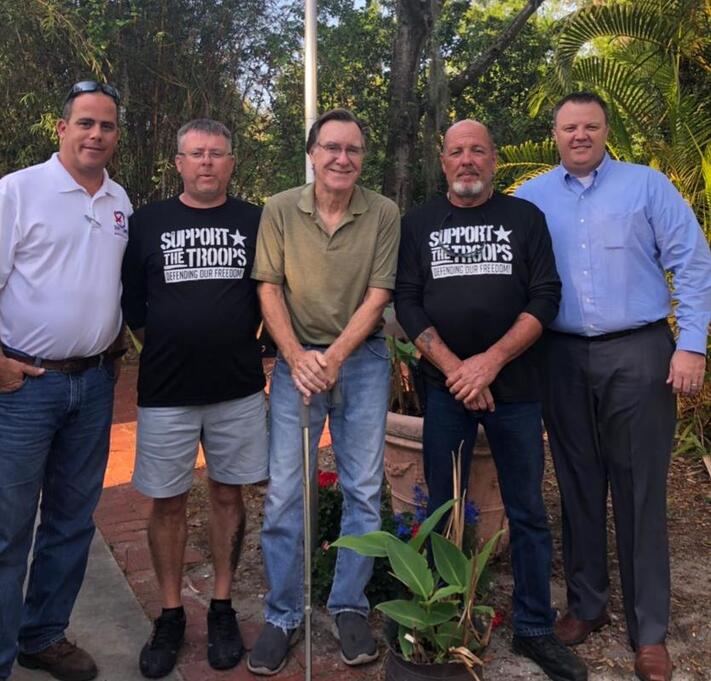 Sgt. Bob Bowermaster - USMC, a Vietnam Veteran who lives in Bradenton had a lot of debris from several trees on his property associated with Hurricane Irma. LaVonne Bower with the fantastic non-profit www.PawsAndWarriors.org told us about Sgt. Bowermaster. We met with him in February. He had been cleaning up the debris of several very large trees by himself with a small chainsaw, since last September. Thanks to the amazing generosity of our donors, we able to grant this Heroes Wish and remove all the storm debris, as well as a few threatening trees. 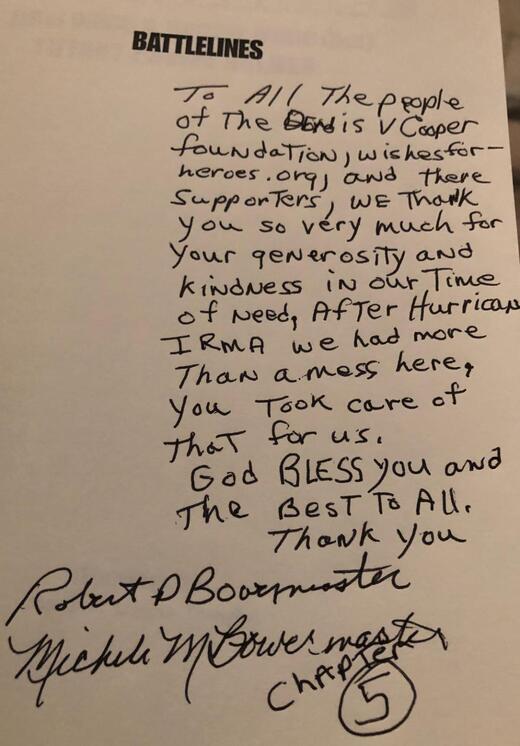 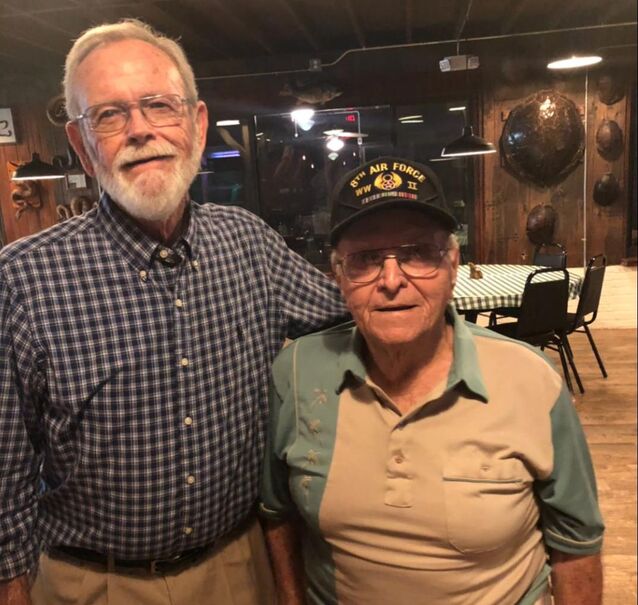 When we created Denis V Cooper Foundation, our goal was to help where we could. Meet Sgt. Clarence Addy, United States Air Force, a B-17 lower ball turret gunner in WWII, he flew many combat missions against Nazi Germany. Clarence is 94 years old and lives in Sarasota. His friend Dale Alyward nominated him to receive a “wish”. Clarence’s roof was in bad shape and needed to be replaced. Thanks to our wonderful supporters, we were able to grant this Heroes Wish. What a treasure he is. His personality lights up a room.
Bringing Back a Smile, to a World War II Hero 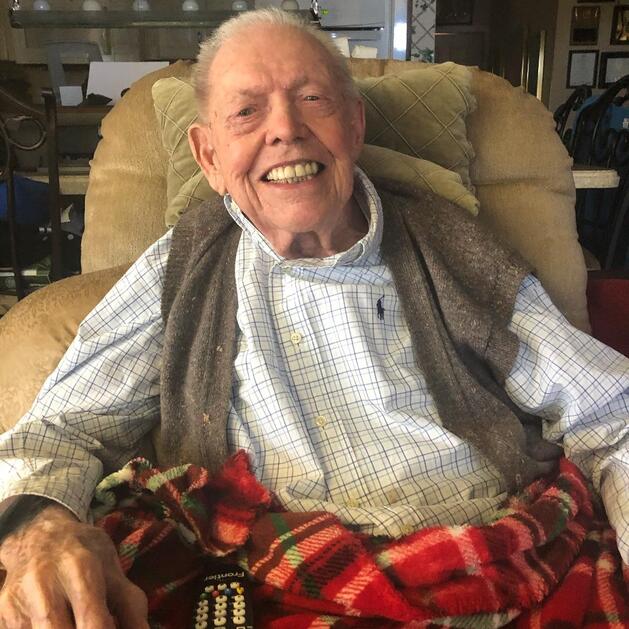 Meet Chief Bill Cheeseman - US Navy, a World War II Veteran from Sarasota. He is 98 years young This Hero can’t stop smiling, because after years of the VA turning him down for dental care, he now has his pearly whites back. Thanks to our amazing Denis V. Cooper Foundation - Wishes for Heroes supporters, we were able to take care of his needed dental work. The Chief says he cant wait to have a steak dinner for the first time in years. Your support allows us to continue to grant #WishesForHeroes like this for Chief Cheeseman.
Never Forgetting a Vietnam Veteran Hero 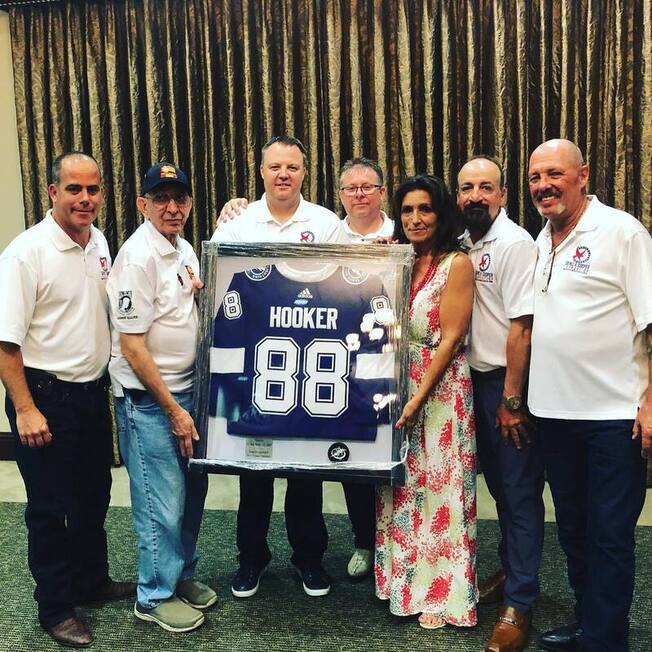 Sgt. Andy Hooker - US Army from Sarasota in winter and spring of 2019 battled a cancer diagnosis that spread quickly. His Wish, attend a Tampa Bay Lightning game. After we were able to set up a first class experience, Andy’s wife Cindy had to cancel, as Andy became gravely ill. We lost Andy, soon after. Andy’s favorite player, #88 goalie Andrei Vasilevskiy. To assure Andy is never forgotten we presented his wife Cindy, a framed jersey with his name on a number 88 jersey, that also included a custom nameplate honoring Andy!
Granting a Wish for the Daughter of a Hero 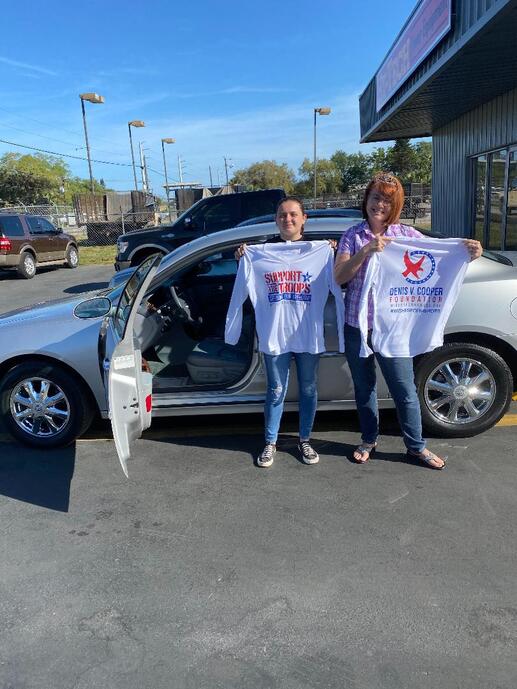 In March 2020, We received this letter from April Pyle, of Bradenton

Ariana Smith, is our new daughter.  Ariana is a three and one half year member of JROTC and student at Manatee High School. Her Father is a United States Marine, who served two tours in the Middle East. Due to circumstances beyond her control, a week before her 18th birthday she began staying with us. She is my daughter's friend. Upon returning to school she was so far behind they suggested it might be easier to get her GED - I refused to let this girl who had worked so hard except this. She is now on track to graduate from Manatee High this year! We have had her since January 9th and she went back to her part time job just a few days later. I asked her if she would be interested in college? She said, Yes!
She would love to become a child psychologist, we are working towards The State College of Florida, then who knows. Ariana has done well with us but our need is transportation for her work and school and hopefully college in the fall. We can only give her a safe home and the positive inspiration to work hard.  Our goal is to inspire her to be a self sufficient young lady . Her future is once again bright and meaningful!
​
Thank you
April Pyle
Thanks to our amazing Denis V. Cooper Foundation supporters, we were able to present (Ariana Smith) daughter of a True American Hero, with a FREE gently used car, so she can get to work, school and begin her road to an amazing future. We appreciate you allowing us to grant "Wishes For Heroes" and their families.
Denis V. Cooper Foundation - Wishes for Heroes - A non-profit, tax exempt, charitable 501(c)(3) organization - Copyright 2020